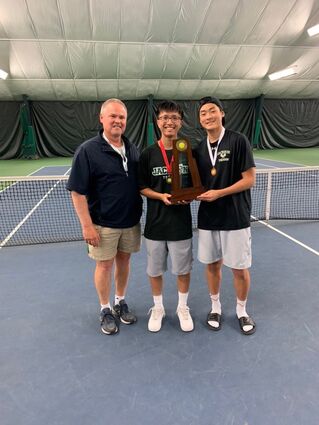 Congratulations to the Jackson High School Boy's Tennis team who won the 4A Tennis state team title. Henry and Ben both played and lost to the eventual state champion from Bellarmine Prep with Henry Park a 10th grader placing 2nd in Boys Singles and Ben Lee a 9th grader placing 5th in Boys Singles. According to David Hutt, boy's Tennis coach, "Henry Park is a 10th grader who took 2nd in state in singles and is playing year-round tennis and doing very well academically, and Ben Lee is a 9th grader who was the District Champion in Singles and placed 5th in the state tournament. He does well...