Big changes could be in store for local voters 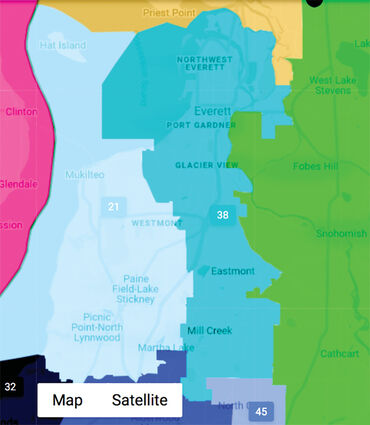 The aqua blue area is the newly proposed Mill Creek voting district, which extends as far north as the mouth of the Snohomish River in North Everett.

With the release of the national census data, the Washington State Redistricting Commission prepares for its decennial redrawing of district borders. These new borders could bring significant change to Snohomish County communities.

On Tuesday, Sept 21, each of the state Redistricting Commission's voting members released their own proposed redrawn boundaries.

One of the proposed maps from four voting members of the WSRC illustrates the cities of Mill Creek and Everett sharing the 38th legislative district. The proposition comes from Senate Republican caucus appointee Joe Fain.