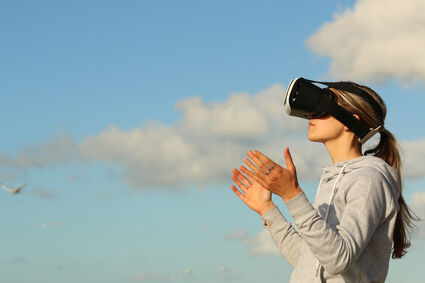 Many have lived 'virtually' through the pandemic. What have you learned?

What have you learned?

This is always the question, direct or implicit. It's the theme of every commencement address and more than a few conversations in the principal's office. It's the point of pop quizzes and graduate theses.

It's what Glinda the Good Witch asks Dorothy, after everything Oz – what have you learned?

(Full disclosure: Dorothy does not have a good answer.)

And it's now our question, or at least mine.

It struck me recently that this past year has all been about reduction, for me. Obviously my social life has been minimized to essentially nonexistent, but that's not all. My travel has also been reduced to practically nothing, a radius of maybe 2 miles around my house, and those trips are rare, once or twice a week.

In fact, my life has pretty much been reduced to 200 square feet, the rough dimensions of the room I'm currently sitting in. This is where I work, think, relax, watch, listen, often eat, and lately sleep a fair amount, having some very odd hours at the moment.

So what have I learned? This forced distillation of life into its most boring qualities should be fodder for some serious navel-gazing, so here I am. And it's still an open question.

One lesson has been that Zoom is not real life. If there's a line for gratitude when it comes to the role technology has played in this past pandemic year, I'm at the front. Being able to easily see and talk with people on video chats has been a blessing hiding in the usual place, right in front of us. Zoom was founded a decade ago, and FaceTime has been around for longer than that. Grandparents can tell you all about it, and it was ready and waiting.

But it's hard to have deep, thoughtful discussions on Zoom. The combination of latency issues and overlapping conversations with the lack of those body language assessments we all subconsciously make results in fun but usually shallow interactions. It's not the same, and I've learned that lesson.

It was the exception to the rule that made it clear. I showed up on a scheduled Zoom call last week and it turned out everyone else had something better to do. Eventually two ladies I know logged on, both of them older than I am and nice people, good friends.

And we managed to talk about serious, important things, mostly loss. We shared our personal experiences over the past year with muffled grief, our usual strategies and outlets for mourning unavailable.

I mentioned a couple of experiences I had years ago, when I joined a couple of programs in which members rotated in and out over weeks, meaning that the people there on my first day were all gone on my last one.

It was an odd awareness, knowing that this would happen, and it's a good life lesson.

Sometimes the people who begin the race with you won't be there when you finish it. Sometimes people leave you halfway through the woods, and it's a necessary and daunting truth. This year hasn't made it any simpler.

I told them, then, about the most important lesson I've learned.

My experience hasn't been particularly unusual or exceptional, as far as I can tell. Worry, stress, fear, paranoia, boredom, loneliness. Some loss.

But something else happened. I've mentioned it a few times in this space, and while it feels ordinary it turned out to be anything but. I started having daily Zoom calls with my 7-year-old grandson in Texas, rarely missing a time and usually for at least an hour.

We began by reading books and now we're into new territory, improvising scenarios curated from a variety of sources (video games, books, movies, etc.). We've learned to swap out green screen backgrounds and Snapchat filters to go along with our adventures, from dragon masks to cartoon bug eyes.

There's one Hulk filter I had a lot of fun with; whenever I opened my mouth wide, my face turned into a fairly realistic Hulk until I closed it again, an intermittent effect that inspired a lot of giggles.

I was just helping out, both him and his parents. And I appreciated the opportunity to get to know my grandson better, to understand something of how his mind worked.

But, in a way that completely surprised me, I mostly just became friends with a little boy. It's the usual kind of friendship, too, excepted delimited by two important things: the natural and expected intimacy of family, grandpa and grandson, and the fact that I won't finish his race with him.

It's not something that's on either of our minds, of course. It's just that with the discussion about loss and grief, with the obvious wish that I could spend more time with those who are now gone, I stumbled upon another way to look at it.

It's not anyone's responsibility to stay alive until I get my fill of them. It might be my job, though, to stay alive long enough to make a difference to my grandson. I don't really need a reason to keep breathing, but that's not a bad one.

That's what I told these ladies the other night, anyway. It was a good conversation, serious and intimate, and neither of them ever pointed out that every once in a while, when I became a little excited and started talking fast, I would appear to turn into the Hulk.