'We were zero income for seven months' 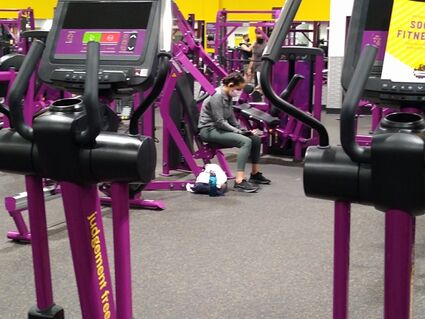 Tegbar Asmake sits on a machine and texts her family, during a workout at the Mill Creek Planet Fitness. She considers the gym her home away from home, and was excited about it re-opening.

Mill Creek residents can get back to their workout routines, now that gyms were cleared to re-open.

Planet Fitness, in the Gateway area near 128th Street, was one of many gyms that re-opened for a second time since the pandemic began. The limit put a strain on the business.

"We can't do take-out," said James Pope, regional manager for Planet Fitness. "We were zero income for seven months."

Gyms shut down in mid-March and re-opened in August. Then they shut down again on Nov. 16, said Elyse Janzen, general manager at the Mill Creek club.

Re-opening rules result in about 10% capacity, to m...