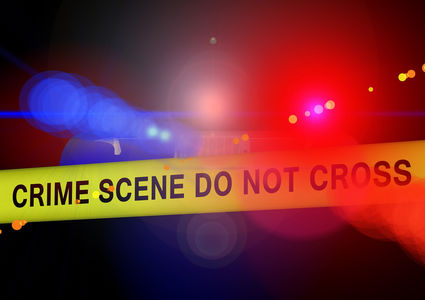 The mid-October shooting near Mill Creek is still under investigation, as of Nov. 5, and two teenaged gunshot victims are recovering.

"It is still a very active investigation by our Major Crimes Unit detectives," said Courtney O'Keefe, public information of cer for the Snohomish County Sheriff's Of ce. "No further updates at this time."

The shooting occurred in a church park- ing lot while churchgoers were at an event inside. The suspects were not part of the church event, police say.

The incident was reported to 911 at about 8 p.m. Oct. 28 directing police to the Gold Creek Church parking lot at 4326 148th Street SE in unincorporated Snohomish County near Mill Creek.

Major Crimes detectives learned that the victims were sitting inside a vehicle when two male suspects approached, engaging in a verbal altercation before the shooting, the press release states. Police believe the victims and suspects knew one another.

An 18-year-old was shot with wounds to the arm and his abdomen, and was trans- ported by aid to Harborview Medical Cen- ter, the Snohomish County Sheriff's Of ce said. By Monday afternoon he was listed as satisfactory, said Barbara Clements, media relations spokesperson for Harborview.

A 17-year-old suffered a chest wound and was transported by aid to Providence Regional Medical Center, said a press release from SCSO.

Gold Creek Church was entering week three of a theme on "Separation of Church and Hate" inside while the shooting was going on. Police con rmed that neither victim was involved in the event.

Neighbors say the community is usually quiet and safe.

Jared Mead is a former councilmember in Mill Creek and current Snohomish County councilmember. He lives nearby and has volunteered in the past at Gold Creek Community Church. He told the Beacon that he heard about the shooting the morning after it occurred. The area is normally very safe and quiet.

"That's why Crystal and I moved here," he said. Their young family is growing with one toddler and a baby due in February. "It goes to show that this can happen anywhere."

Senior Executive Pastor Larry Ehoff was contacted and responded in writing around the time of the incident.

"We are praying for the victims and their families," Ehoff wrote. He referred to the Sheriff's Of ce for further comment on the ongoing investigation.

Check http://www.millcreekbeacon.com for updates on this story.