Union: 'There is no need to implement these layoffs' 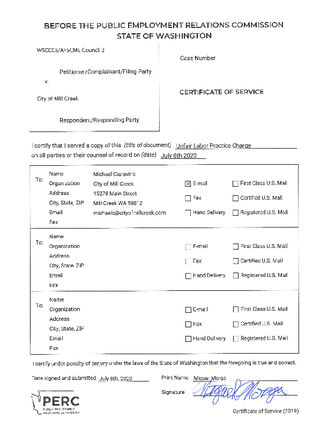 The union that represents certain employees at the City of Mill Creek has filed an unfair labor practice charge with the Public Employment Relations Commission of Washington (PERC) for the City's decision to lay off three employees, according to complaint documents obtained by the Beacon.

It is the second unfair labor practice complaint filed against the City in the past two years.

The City sent a press release to the Beacon with a longer response to the complaint. “The City of Mill Creek sincerely regrets that the current financial circumstances caused by COVID-19 and the City’s op...