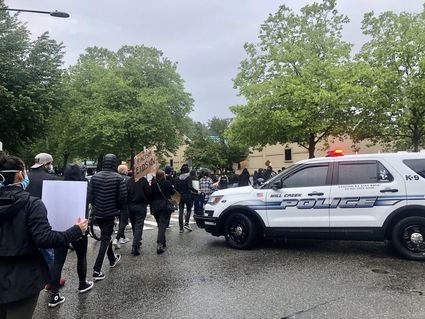 Recent protests against police brutality, like the one in Mill Creek on June 2, in response to the death of George Floyd at the hands of police in Minneapolis. The protests have also spurned the community to asks more questions about police use-of-force policies, and MCPD Acting Chief Scott Eastman updated the City Council of Mill Creek's policy on July 7.

The recent deaths of Black people in the United States at the hands of the police, spurred by the video of the death of George Floyd in an interaction with four Minneapolis police officers, has prompted communities nationwide to evaluate their pol...