Eastman doesn't think money should be taken away, but said other agencies may respond to some calls better 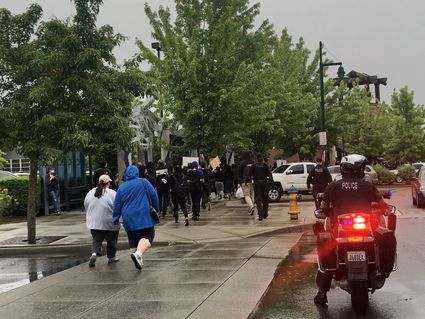 There was a police escort at a Black Lives Matter protest in Mill Creek on June 2.

Police officers' use of force has been called into question across the nation after the video of the death of George Floyd while a Minneapolis police officer knelt on his neck in the presence of three other officers was published, and even the need for the policing profession as a whole.

Floyd's death led to protests and calls for reform and calls to "defund the police" in cities across the country. Some explain the concept of defunding the police as scrapping police departments altogether, while others explain it as reallocating part of police department budgets to programs like communit...