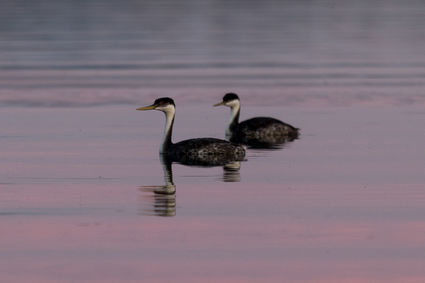 Two Western Grebes swim near the Union Bay Natural Area at the University of Washington at dusk. According to the Audubon Society's Christmas Bird Count, the number of birds and species in the Mill Creek area have dropped over the past few decades.

The nation's largest community science event confirmed in December that the continent-wide decline in bird populations due to climate change is impacting the Pacific Northwest.

Over 100 members of the Pilchuck Audubon Chapter participated in the Audubon Society's 120th annual Christmas Bird Count, counting the number of birds and species in a 15-mile diameter centered near Martha Lake in Lynnwood.