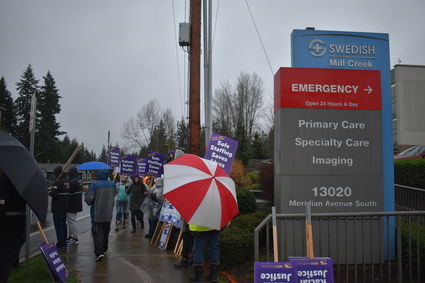 Some Swedish nurses were told to stay home after their three-day strike ended, Friday, Jan. 31.

For others, Friday morning was their first day back to work.

Swedish spent $11 million to hire thousands of replacement workers during the strike and said they were hired to work for five days. Since the union's strike was only for three days, hospital management said that not everyone would be needed to return to work after the strike was scheduled to end.