2020 legislative session opens with new Speaker of the House

Rep. Laurie Jinkins, D-Tacoma, is the first female Speaker of the House in state history 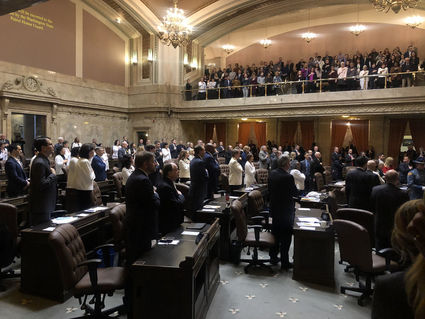 The 2020 Washington State Legislative session began Monday, Jan. 13, with an opening ceremony in which Rep. Laurie Jinkins, D-Tacoma, was sworn in as Speaker of the House.

Rep. Jinkins is the first woman, as well as the first openly lesbian person to be selected House Speaker in Washington state history. Those in attendance, including many wearing white in honor of the 100th year anniversary of the women's suffrage movement, cheered in congratulations for Rep. Jinkins.