We live in very complex times. What I mean is that sometimes things get so complex as to defy logic.

For example, did you ever consider traffic lights? There you are driving along at a moderate speed, then, as you approach a traffic light, a couple of things may happen.

First, there is Mike Gold’s “law of red lights.”

It simply states that if you look at the light  assuming it is green  it is almost 100 percent guaranteed that the light will change to red just as you approach it.

Next, who decided that a red light means stop and a green one means go? To me it is absolutely arbitrary which color means what.

Old true story  a well-known race car driver (one of the Andretti brothers) was driving with a movie star through a small town in the south. They approached a red light. The brother says to his driver: “Go ahead, drive through it.”

So Andretti says to (it could well have been Paul Newman  a noted movie star and also race car driver) to Paul again: “Go ahead, drive through it.” So Newman drives through it.

Next red light, again Andretti says: “Go ahead, drive through it.” Again Newman does as he’s told.

They then come to a green light. Andretti says: “You better stop and look both ways before driving through the intersection.” Newman says: “Why?”

Andretti says: “I think my brother is in town.”

Suppose the driver is red/green colorblind? How does that driver decide whether to stop or go? (An aside, when autos were first starting to be used in large numbers, there were regulations in many cities that required a car driver to have a “flag man” walk in front of the car, so as not to scare the horses).

Some expressions make me (and perhaps others) think. Such as “needless to say.” If it is not necessary to say it, then why say it?

How about: “I could care less”? In fact, it actually means the opposite of what you think it means. The expression should actually be: “I couldn’t care less.”

“Can I ask you a dumb question?” This one requires no comment from me.

It reminds me of an old “routine” by David Brenner, a noted now-deceased comedian.

On the New York subway, people will routinely leave their already read newspaper on the subway seat. And it is not uncommon for someone to sit down on the paper. So Brenner gets on the subway, and sits on a newspaper. Another passenger gets on, sees Brenner sitting on the paper. They ask: “Excuse me, are you done reading that?” Brenner gets up, turns the paper upside down, sits back down and says: “No I’m not done.”

“You’re a stupid idiot.” Isn’t this a redundant expression? Do you really need to be insulted twice in one phrase? Are there idiots who are not stupid? (If I think carefully, I may have met a few in my career).

“It is the same difference.” Really? How could two different things be the same?

Soft Drinks: Suppose you wanted to attack Coca Cola. Most people would create a drink that tastes better than Coke, comes in a large bottle at a much lower price than Coke. Instead of this, one company decided to make a drink that tasted horrible, came in a tiny can, and cost much more than Coke. Sounds like a “loser” from the start.

In fact, the product was Red Bull. See, that is called “thinking out of the box.” I can well imagine the first “marketing meeting” at this new company. No doubt, the person making the presentation was laughed out of the room. I guess his “box” was different than everyone else’s box.

Last example: In the mid ‘50s, Ford Motor Company decided (based upon market research that Ford did not actually read) that the market needed a new, highly designed high-end car. That car was the Edsel (named after Henry Ford’s son, Edsel Ford).

It was a colossal flop. Ford took what would be a $2 billion (today) bath on the car. Some car critics said it looked like “an Oldsmobile sucking on a lemon.”

In fact, if a mistake of this magnitude were made in industry today, the entire team who worked on it would be fired. Not so at Ford, where nepotism reigned supreme.

Henry Ford was not about to fire his son Edsel. A perfect example of The Peter principle, where someone is guaranteed to rise to their level of incompetence. 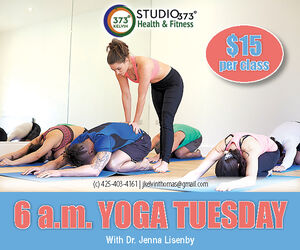