Presentation stirs up controversy over respect for veterans 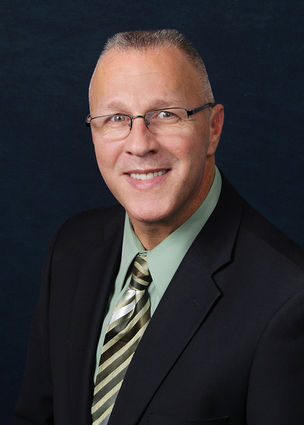 What should have been an upbeat presentation turned into a dispute over the tone of activities planned to commemorate Veterans Day and Memorial Day in Mill Creek.

The report presented to the City Council by Communications and Marketing Manager Joni Kirk on Tuesday, Jan. 8, forced councilmembers to defend the practice of throwing candy to kids lined up along Main Street during the parades honoring those who served our nation.

Councilmember Vince Cavaleri disagreed with critics who described the distribution of sweets as an insult to the memories of military veterans who gave their lives to defend the freedoms enjoyed by all Americans.

“We begin both Memorial Day and Veterans Day with solemn ceremonies at the Veterans Monument at Library Park (adjacent to the Mill Creek Library on the Bothell-Everett Highway) to honor those who made the ultimate sacrifice,” Cavaleri told The Beacon following the meeting.

“We are not disrespecting any current member of the military or anyone who served our nation with a simple act that makes kids smile.”

Cavaleri said the candy turns the national holidays to honor veterans into a positive experience for young people.

“Not something that they should be afraid of or dread twice every year.”

Kirk had recommended that the city modify its traditional Memorial Day activities and replace them with a new week-long event in May that would honor the cooperation between the city and the business community known as Celebrate Your Community.

The parade, Cavaleri said, is a council-driven event that was initiated to salute veterans and their families, adding that councilmembers should not be asked to choose between groups that deserve to be honored with a parade.

Cavaleri said it’s probably too late to change the nature of a parade that is less than four months away. He described the proposed changes as, “offensive and quite candidly, disrespectful.”

The councilmember added that the disagreement is an example of why Mill Creek needs a full-time city manager. The council will have an opportunity to vote on the proposal at it regular meeting on Jan. 22.

“It is the City Council that creates the vision for the city and the policy,” he said. “Some folks need to stay in their own lane.”

Based on the preliminary plan presented to the council, Kirk said the new event would take place at sites around the city, beginning with a community activity on Saturday, May 11, followed that night by the annual Wine and Art Walk in Mill Creek Town Center. The initial Celebrate Your Community festivities would include a Health Care Day, Finance Day and a Car Show.

Kirk said the dates in May do not compete with any other scheduled activities in Snohomish County. The celebration also would provide opportunities for the city to apply for grant funding as well as to partner with businesses to share the cost.

The proposal also recommended that the city discontinue its support for the Teen Flashlight Egg Hunt at Middlewood Middle School that had been held the Friday before the Eggstravaganza for younger children.

Kirk said attendance had dropped to less than 50 teens in the last few years. She said the event had previously attracted between 50-125 teens for the egg hunt inside the darkened gymnasium.

The 2019 schedule calls for expansion of the Eggstravaganza on April 20 beyond face painting, bouncy houses and balloon artists following the search for 18,000 eggs stuffed with candy scattered on the football and baseball fields at Heatherwood.

The city has secured an additional partnership with Canyon Creek Church, Kirk said, to add new activities to enhance the quality of the experience for younger children. New ideas include the addition of a petting zoo, an enhanced Easter Bunny photo booth and interactive games for families.

Memorial Day and Veterans Day will be commemorated as usual by ceremonies at the Veterans Monument at Library Park followed by parades starting at LA Fitness in Town Center and winding down Main Street to City Hall.

The annual events attract an estimated 4,500 visitors to the city for each holiday, Kirk said.

“The events have brought great pride to the community as well as honor and recognize the military service members who have served and are currently serving,” she said.

The other change proposed for 2019 was a shift of the weekly Mill Creek Farmers Market from Fridays to Tuesdays with extended hours from 3 until 7 p.m. The move, Kirk said, will eliminate competition from farmer’s markets in other cities as well as boost the availability of produce from farmers at the Mill Creek market.

She also proposed running the market from June 18 and ending earlier, on Aug. 20, to avoid conflict with popular end-of-summer activities like the Western Washington Fair in Puyallup.

The 2019 schedule outlined by Kirk called for maintaining the successful Party in the Park events at Buffalo Park, Heron Park and Cougar Park on the third Tuesday of the month in July, August and September from 5-7 p.m. She cautioned that scheduled improvements at some of the city parks could create the need to make changes to the schedule.

Staff recommended continuing the popular 3-on-3 basketball tournament, which is scheduled to take place this year on July 13-14. Kirk also suggested partnering with Canyon Creek Church on Halloween to stage Trunk or Treat from 6:30-8 p.m. in the City Hall North Parking lot.

And finally, staff plans to study possible changes to the annual Santa Parade and Tree Lighting on Main Street on the first Saturday in December. The event is sponsored every year by the Main Street Merchants in Town Center.

City staff has proposed enhancing the nighttime festivities with the addition of a light show or other outdoor recognition of the season.