City plans changes to Farmers Market schedule for next year 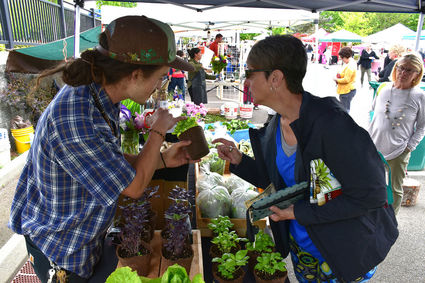 Many of the shoppers who attended the first year of the Farmers Market in Mill Creek this summer were drawn to the vendor who offered small plants that could be planted in their own gardens. The street fair will be the only market in Snohomish County on Tuesdays when it returns for its second year.

The first year of the Farmers Market in Mill Creek brought together dozens of vendors with residents eager to have fresh produce and hand-made items from local artisans.

But the city thinks it can do even better next year.

Based on feedback from the regular vendors and a survey of shoppers at the market, the city announced plans to start the weekly marketplace one month earlier and end before the start of the Evergreen State Fair. Officials said the hours would be shortened to accommodate vendors and commuters.

The move, according to city spokesperson Joni Kirk, will guarantee the availa...