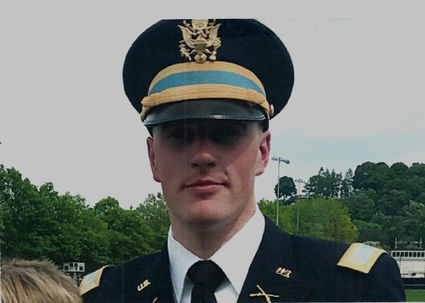 Dakota Jones graduated and was commissioned as a second lieutenant in the Class of 2018  United States Military Academy, WEST POINT.

Dakota is one of six children of Pat and Marianne Jones of Bellevue, WA;

Dakota’s dad, Pat Jones, graduated from Bellevue High School and was hired back as an Assistant to Football Coach Dwaine Hatch in 1982. Dakota was born in 1994.

Dakota had kept up his grades and community service, played football and lacrosse.

As a member of the Long Grey Line, he studied Defense Strategic Studies and Internal Relations.

He played football on the sprint team at West Point, and in 2016 they beat their service academy rival “NAVY” for the first time since 2001.

I traveled to New York with Pat, and grandchildren  Brooklyn and Indiana  where we met up with Marianne, Jordan and Dallas Dakota’s mom and sisters.

The Graduation Parade was on the Plain; later, a formal dinner at “Cadet Mess” banquet hall.

The next day at Michie Stadium, Chairman of the Joint Chiefs of Staff gave the Graduation Address and

Presentation of Diplomas. After graduation, there was an event on Shea field for the football players who were being commissioned as second lieutenants; one of the officers said, “Dakota will do well  one of his biggest assets is “he knows how to communicate on and off the field.”

Currently, Dakota is attending a class “emergency medical treatment.” Then he is moving on to