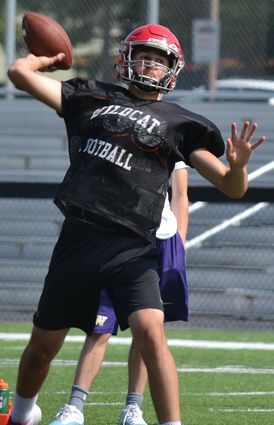 It’s the start of a new chapter in more ways than one for the Archbishop Murphy football team.

In the fall, the Wildcats will begin play in the new Northwest 2A Conference Sky Division.

Archbishop Murphy also will be fielding a younger team that was hit hard by graduation.

Wildcats coach Jerry Jensen said he anticipates six or seven new starters on both sides of the ball.

Jensen liked what he saw from his squad during spring/summer practices at the high school.

“We have a lot of inexperience,” he said. “It’s a hard-working crew that is dedicated in trying to get better.  It...