Charge: Council lacks ‘the guts’ to demand a return to normal 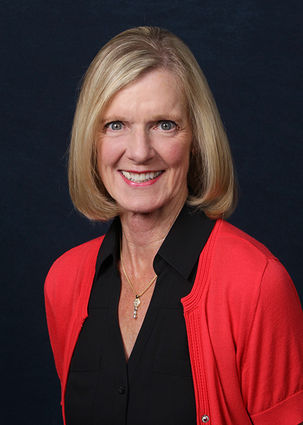 Four retired members of the Mill Creek City Council have not been shy about voicing their disappointment with the direction the cityand the City Councilhas taken over the three years since Rebecca Polizzotto was named city manager in July 2015.

Mary Kay Voss set the tone when she addressed the council at the beginning of its meeting on July 10 to outline violations of the Open Meetings Act and excessive use of executive sessions to discuss matters that should not have been brought up behind closed doors.

She reminded councilmembers that the Open Meetings Act covers phone calls and emails from one member of the council to another, even if an official meeting has not been scheduled.

Executive sessions, she said, are limited to discussions of “matters having to do with the performance of a public employee,” reminding the council, “The city manager is your only employee.”

If the discussion moves past personnel matters, she said, it becomes a violation of the Open Meetings Act. If that occurred, each member of the council would be liable for fines of $500 for the first violation and $1,000 for each subsequent violation.

Councilmember Mike Todd told The Beacon that the rules that pertain to executive sessions were developed to protect lawmakers, as well as public employees.

"Council is very careful about what we can and cannot say about personnel matters and matters related to potential litigation, and about how we use executive sessions” Todd said in a written response. “We do so out of consideration for the privacy of our employees, protection of the city, and in observance of state laws and city policies."

Executive sessions, he said, can include the discussion of the performance of an individual employee.

Vince Cavaleri was adamant that he tries to lead an ethical life, and would report any action he witnessed that strayed beyond what he considers to be the intention of the law as a violation of his morals.

“Anybody who has been a part of an executive session knows what happens behind closed doors,” the councilmember said. “If we strayed beyond personnel matters, it was only to get a head start on the issues and questions we knew would arise from a personnel matter that was on the agenda and would come up in front of the council.

“It’s our responsibility to communicate our intentions to the public in a clear and concise manner.”

“What I can say is, on advice of counsel, we are not to talk about ongoing personnel issues. During each executive session for ‘potential litigation,’ an attorney has been in the room with the council to ensure everything is handled appropriately,” Pruitt said. “Council is following the advice of the city attorney on these personnel matters.”

Voss charged Polizzotto with maneuvering members of the council along the edges of legal conduct.

One former councilmember said the city manager dismissed the need for meetings of city boards, including the Planning Commission and the Design Review Board.“She came in here in her first year and called for an elimination of the review process the city had used to evaluate actions taken by the City Council,” Voss told The Beacon. “That’s not how we have done things in Mill Creek. Now, the council considers it (the process) as normal.”

According to one city official who requested anonymity, the Planning Commission has met just twice in the past three years, and then only to approve guidelines for code enhancements. The commission has met five times in the six weeks since Bob Stowe was appointed in June to serve as interim city manager.

Other former councilmembers voiced disappointment with how long-time Councilmembers Todd and Mark Bond have dealt with the situation in City Hall, claiming the veteran lawmakers should “know better” regarding the proper way city business should be handled after serving on the council for 16 and 14 years, respectively.

“None of them are gutsy enough to take a stance against what they know is wrong,” Voss said. “You don’t need a policy to know what’s right and what’s horribly wrong.”

Voss served on the council from January 2002 until the end of December 2010. She described council newcomers Jared Mead and John Steckler as “our best hope” for the future of the city.

Former Councilmember Tim Masterson expressed disappointment with his former colleague when he said Mike Todd has been “steamrolled” into voting with the new council majority.

“Mike was an old-fashioned hardliner who demanded to know the details in order to discover the truth,” Masterson said. “His lack of defiance can only be considered part of the collusion that has become the standard operating procedure for the current council.”

Bond and Pruitt declined to comment on the charges made by Voss.

Todd defended his actions by explaining that his role as a councilmember is to defend the rights of residents.

"I take my responsibility seriously to understand the laws and processes that pertain to my role as an elected official looking out for our city," Todd said. "I am the only member of our council, past or present, that holds an Advanced Certificate of Municipal Leadership from the Association of Washington Cities.

“I put my personal time into attending conferences, training sessions, and webinars to go beyond the required minimum training for elected officials."

Voss and Donna Michelson said they were troubled about the council’s decision to put the city manager on paid administrative leave without addressing the need to hire an interim administrator at a rate that was not accounted for in the budget.

The council placed Polizzotto on 45 days of paid administrative leave on June 19. Voss suspects the council will extend her leave before it is scheduled to expire on Aug. 3.

Former Councilmember Kathy Nielsen said the council backed itself into a corner when it did not put a stop to the actions taken by Polizzotto, who she described as a runaway train.

“Members of the council should have taken matters into hand a year ago,” Nielsen said. “Now they’re dealing with total chaos.”

Her former colleague was even more emphatic.

“They should have fired her two years ago,” Voss said. “If we had done the right thing, we would not have lost 30 valuable employees from City Hall.”

The lack of transparency, according to Nielsen, began when the city manager stopped directors and department heads from being responsible for presentations to the council. She said the current whistleblower complaints are the same concerns voiced by staff more than 18 months ago.

“How do you vote for something without an open discussion of the facts presented by the person in charge of the project?” she asked. “The biggest problem is that the council has allowed themselves to be led by Rebecca without doing the job they were elected to do by the residents of this city.”

Masterson echoed Nielsen’s comments, adding that Polizzotto became the “arbitrator” of every issue when she prohibited department heads from presenting their own projects to the council.

“The council forced out a reasonably efficient city manager in Ken Armstrong, only to replace him with a puppeteer who treats her employees like her own marionettes,” Masterson said. “Polizzotto manages by screaming at staff, throwing fits and pounding her fist on the desk.

“Her so-called miracle budget was balanced on the backs of good people who may have been at the top of their pay scale, but were so good at what they did they made it look easy.”

Masterson was a member of the Mill Creek City Council from 2009 until 2013.

Nielsen also said she was disappointed the council has allowed Pruitt to be involved in the day-to-day operation of the city, stressing the fact that the job of mayor is “purely ceremonial.” Pruitt has disputed any lack of transparency, explaining that she shuttled paperwork between City Hall and the city manager’s home from the time she began her sick leave in mid-April to when Stowe assumed the duties of the city’s chief operating officer on June 25.

“I was amazed how poorly the whole process was handled from the time that Rebecca claimed she was sick until the time the City Council finally hired Bob Stowe to serve as the interim city manager,” Nielsen said.

“I do not believe council ever requested documentation to support her absence. The council is now accountable for their failure to manage their one employee, the city manager.

“If they had looked into personnel concerns a year and half ago, maybe they would not be in this mess.”

Nielsen served as both mayor and mayor pro tem during her two terms on the council.

She concluded her comments noting the council’s failure has forced the city to pay a second salary that is comparable to the $172,000 base pay budgeted for Polizzotto. Stowe is on a short-term contract that calls for him to earn $5,500 for a minimum of 20 hours of work per week. That equates to $275 per hour.

It’s important to note that while the council was dealing with allegations that it had violated the Open Meetings Act, they approved hiring Stowe and setting his salary behind closed doors.

Michelson said it is probably too late “to put the toothpaste back in the tube,” referring to the employees who have left the city. “The city is in disarray,” Michelson said. “We are in a precarious position that the council should never been allowed to get themselves into.”

The veteran councilmember also criticized Polizzotto for the alleged misuse of her city-issued credit card, discovered during the annual audit conducted by the state Auditor’s Office. Michelson said the city manager should have avoided charging high-priced meals and “any alcohol” on her expense report.

“Members of the council and city officials should be held to a higher standard that is beyond reproach.”

Michelson said she is optimistic the city can get back on the right track with the interim leadership provided by Stowe. She is hopeful resolution will be forthcoming, suggesting that councilmembers need to cut short their normal August vacation until the city is back on track.