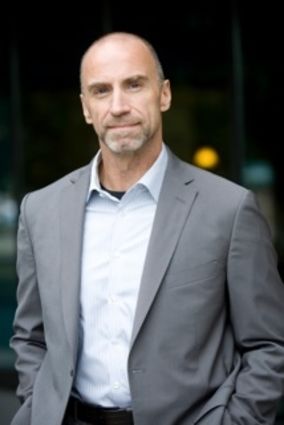 Former City Manager Bob Stowe entered to a personal services contract with the city of Mill Creek to serve as the interim city manager for as long as three months.

Stowe began his temporary duties on Monday, June 25, to replace Rebecca Polizzotto while the current city manager is on paid administrative leave.

“I was honored to be the Mill Creek City Manager for 10 years,” said Stowe. ”It’s like coming home. There is a special place in my heart for Mill Creek for giving me the opportunity to expand my professional life as city manager.”

Stowe served as the city’s chief executive officer for nine years. He left in 2005 to become the city manager in Bothell.

He avoid any discussion of the controversy that created the need for the interim position.

“My role is to provide leadership on a day-to-day basis within city hall,” Stowe told The Beacon. “I will not be addressing the activities and issues that took place before I began my temporary assignment.

Stowe is a native of Washington state and currently resides in Woodinville. He has lived in Snohomish County since 1990.

The interim city manager has worked for four different municipalities during his career and has served as an economic advisor for private companies since leaving his last public post.

Members of the city council placed Polizzotto on 45 days of paid administrative leave on Tuesday, June 19. The current city manager has been away from city hall since mid-April to recuperate from what has been described as a reparatory infection.

According to a spokesperson for the city, Polizzotto has used her sick days and vacation to cover the time away.

One city official said the difference in how the leave is identified is important.

"The council actually took Rebecca off medical leave and put her on paid administrative leave for 45 days to address 'issues'," the unnamed official told The Beacon.