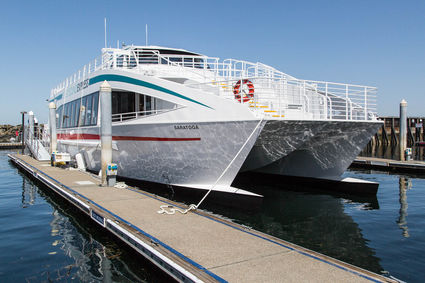 The M/V Saratoga departs from the Port of Edmonds marina.

Puget Sound Express, the family-run whale watching company that has been running whale and wildlife cruises for more 33 years in Port Townsend and Edmonds, has launched a high-speed catamaran whale watching vessel, the 149-seat M/V Saratoga.

The Saratoga began operation at the end of April, joining the 60-seat catamaran Chilkat Express, operating in Edmonds.

“This is a very special event for Puget...