A meeting with one of the best – Bill Russell 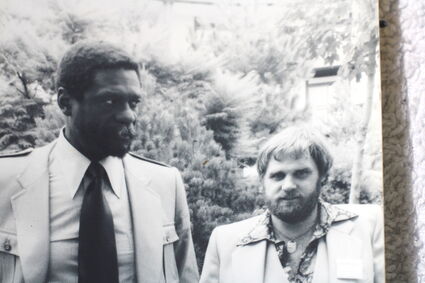 "I was the chair of a conference put on by the Washington Correction Association," Wright said. "We had the conference in Bellevue. After I presented Bill with a recognition plaque for his community involvement, we started talking."

Russell, a longtime Mercer Island resident, was an 11-time NBA champion and Hall of Famer.

"Thank you, Bill, for not only changing the way basketball is played but for being a leader off the hardwood," Wright said.