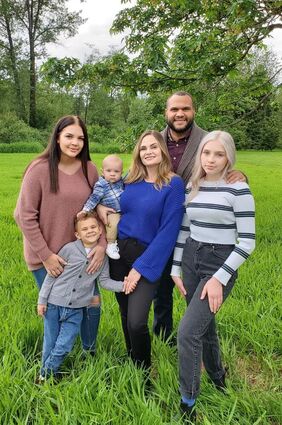 Craig Chambers, seen here with his family, is the new president and CEO of the United Way of Snohomish County.

Jackson High School graduate Craig Chambers has been named president and CEO of the United Way of Snohomish County.

Chambers, who lives in Lake Stevens and played football for the University of Washington and the University of Montana, joins UWSC after acting as CEO and executive director of United Way Skagit Valley for two years. He replaces Terry Cox, who has been acting in an interim position since November.

Chambers has nine years of nonprofit experience, including various positions with multiple YMCA locations across Snohomish County prior to his time at United Way of Skagit Valley....