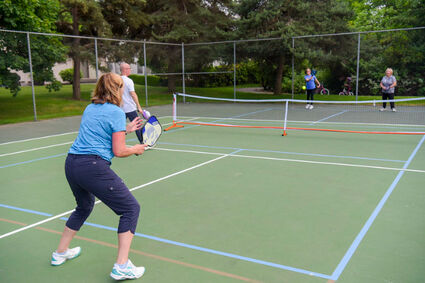 This informal celebration follows a project that converted the city's existing tennis courts at Highlands and Heron Park into multiuse courts, including pickleball.