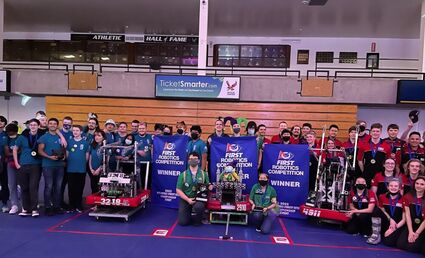 With a 68-5 record this season and the No. 1 ranked robot in their district, Jackson High School's robotics Team 2910 Jack in the Bot clinched their second FIRST Pacific Northwest (PNW) district championship.

This is the 10th consecutive district win for Team 2910, which has not lost a district event since 2018.

In an email to staff, Assistant JHS Robotics Coach Kiley Branson shared, "We were undefeated in all events this season and came in first place. We are now currently the top-ranked robotics team in the PNW district! These robotics students are truly phenomenal, not only with all thi...