Michael Bervell hopes to break the mold of traditionally recognized founders, who are predominantly white men 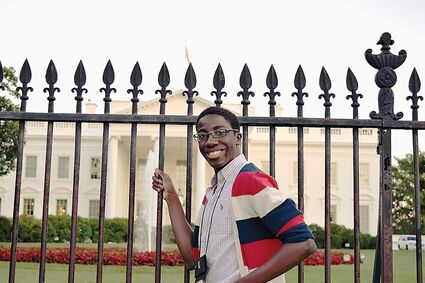 Michael Bervell, a Kamiak and Harvard University graduate, poses in front of the White House.

Released in September by New Degree Press (a pay-to-publish company), it includes startup stories of entrepreneurs and business founders of cultural minorities who aren't always put in the limelight.

"When most people think of billion-dollar founders, they think of people that they know: Bill Gates, Jeff Bezos, Mark Zuckerberg, or Larry Page and Sergey Brin," Bervell said. "While these founders and their companies are great, their stories, and those of other top-of-mind in startup folk...