City is challenged in its efforts to hire and keep officers 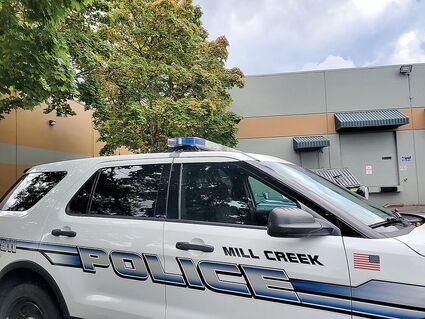 Mill Creek’s police department is faced with short staffing and hiring difficulties that are affecting local law enforcement agencies all across the country.

Unlike larger agencies, as a smaller police department, with fewer staff and resources to cover the losses, the impacts and challenges of public safety implications are felt in serious and immediate ways in Mill Creek.

According to the police guild, police officer staffing levels at the city have declined over the years without sufficient efforts from the City to hire officers and maintain staffing levels. Staffing levels have reached a critical point which, combined with the current tension in the law enforcement hiring climate, are creating dangerous situations for both the community and the remaining officers that are trying to serve the community.

With the ongoing pandemic, and the socio-political divide of anti-police campaigns, and recently passed state legislation, the dwindling workforce is stretched thin, and unable to address public safety matters as efficiently. As a result, crimes and public safety threats continue to increase.

“Our police guild is hopeful the City takes our severe staffing shortages seriously, and acts swiftly to help solve the problem,” Mack said. “Overall, we are very encouraged by the strong show of support and understanding by our councilmembers. We are truly appreciative to see several of our councilmembers beginning the problem-solving process immediately.”

“We’re reacting and moving as quickly as we can,” said Mayor Brian Holtzclaw. “The council wholeheartedly supports our police officers, and we are working in getting positions filled.”

“I suggest that the staff comes back to us in the coming weeks with a plan and ideas on whatever steps we can take as a council to support this with the efforts to fill these positions,” Holtzclaw said during the Oct. 5 council meeting. “And we need this sooner rather than later.”

The City anticipates further discussion between city management and the police department for more plans and ideas to increase hiring efforts to meet the staffing shortage in the coming weeks.

During the Oct. 5 council meeting, Guild Vice President Steve Smith presented a letter to the council addressing the growing issue of a shrinking staff in the police department and pleading with the City for increased efforts in helping.

“Councilmember Cavaleri asked last week, ‘What would it look like if the City of Mill Creek lost 20-30% of its police force?’ We already have, and the losses are going to continue,” Smith said. “When I was hired in 2006, our population was approximately 14,000 and we had 26 officers.

According to Smith’s letter, discussion of the shrinking police force has been an ongoing matter between the police department and city management. Many officers, himself included, are now starting to look elsewhere for work.

“Our guild is pleading (with) the council to please give every effort to help us,” Smith said. “We care about our citizens, and we want this department to live up to its potential.

Our only way out of this is for the city to be responsive, fall within what is now the current industry standard, and make hiring an absolute number one priority.”

“I love living in Mill Creek, but I’m very concerned at what is happening in our City,” said Barbara Heidel, a Mill Creek resident, and frequent council meeting attendee. “I’m quite sure everyone wants to feel safe residing here, and I do understand the pandemic has caused concerns with the budget, but money needs to be spent wisely. “Our public safety is of utmost importance, and I do hope we act now,” Heidel said.