2020 census: Mill Creek has grown over the past decade 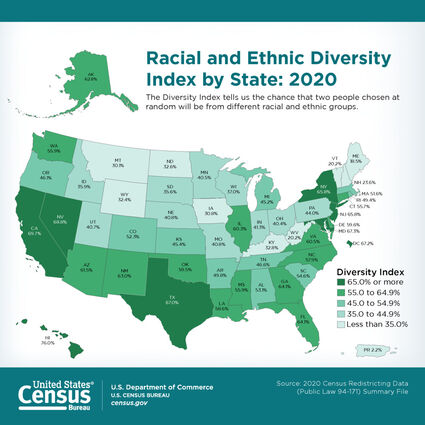 Recently released U.S. Census data shows that Mill Creek gained 2,682 residents in the last decade. According to the data, the City's total population had an increase of 14.6%.

Data on housing and income numbers are from 2015 to 2019, so those statistics are likely to be higher now with housing costs continuing to spike.

Data also suggests that the county is becoming more diverse over the past decade, with the percentage of White residents dropping 10.5 percentage points to 64% of the total population. Statewide, more than 36% of residents are now nonwhite, up from 27%.

The changing numbers will help decide how Snohomish County Council districts are drawn, according to the Washington State Redistricting Commission.

The independent County Districting Committee has until Dec. 1 to approve a plan for new council districts. You can view the current district map on the Snohomish County website: bit.ly/2W326WY.

The Districting Committee will be working with census data, experts and community feedback to assess the county's population and communities of related interests and develop preliminary options for council districts by October. A final plan will be approved and submitted to the Snohomish County Council by Dec. 1, according to County Auditor Garth Fell.

The census statistics, which come from the 2020 Census Redistricting Data Summary File, provide the first look at populations for small areas and include information on Hispanic origin, race, age 18 and over, housing occupancy, and group quarters.

They represent where people were living as of April 1, 2020, and are available for the nation, states and communities down to the block level.

Data from the census will also be used in the distribution of federal funds. In 2010, when nearly a quarter of Washington State residents did not respond to the decennial census, more than $34 billion in federal funds went unused, according to statistics from the United States Census Bureau.

• The largest county in the United States in 2020 remains Los Angeles County, with over 10 million people.

• The largest city (incorporated place) in the United States in 2020 remains New York, with 8.8 million people.

Here are selected Mill Creek numbers from the census:

Native Hawaiian and other Pacific Islander: 0.3%

For more census data on Mill Creek, where you compare the numbers to the county and country: bit.ly/2W2SJGp