Update: Drive-by shooting on I-5 with one injured; shooter at large 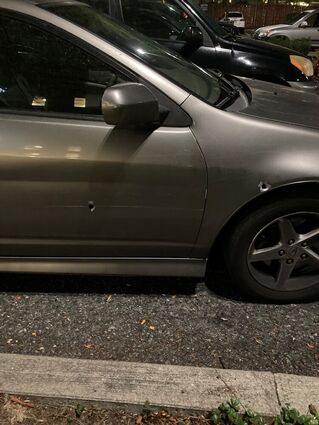 A shooting on I-5 Tuesday near Mill Creek put two bullets in a car, one landing in a passenger's thigh.

The shooting happened at about 11:30 p.m. near the exit ramp from northbound I-5 near 164th Street SW.

According to the Washington State Patrol, the victim said they were traveling north when they saw another car behind them.

The victim's vehicle, carrying other passengers, was traveling in the left lane when the suspect's car approached from behind and started to pass on their right.

The vehicle started to exit to 164th, and as it passed the victim's car...