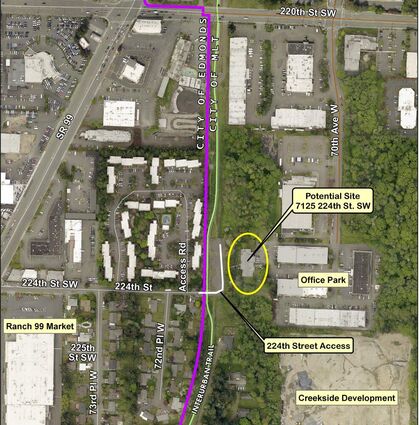 Photo courtesy of Department of Corrections

The site for a proposed work release facility is just beyond Edmonds city limits.

The Washington State Department of Corrections (DOC) recently identified a commercial property along the Edmonds/Mountlake Terrace border as a leading site for a work release facility for those released from prison.

The site is at 7125 224th St. SW, which is in the city of Mountlake Terrace, along the Interurban Trail on a dead-end street with vehicular access from 224th in Edmonds near 99 Ranch Market.

In 2019, the Legislature directed the DOC to identify sites for additional work release facilities in various regions of the state, including Snohomish County.

What is a work release fa...