In memory and sacrifice

Mill Creek man recalls father's service, reflects on his own 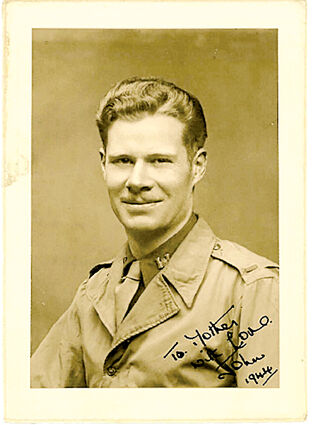 John B. Carter a combat engineer in the first assault wave on the beaches of Normandy. He was killed in action on D-Day after arriving to clear the beaches and lead a mission to disarm mines.

In 1942 when Chuck Turbak was 3 years old he said goodbye to his father.

Shortly after the war started his four brothers enlisted in the service, Turbak told The Beacon. "In 1942, after persuading my mother to sign the papers agreeing to allow him to enlist, he was off to war.

He felt he needed to do his part.

His father, John B. Carter, was killed in action on D-Day, the Battle of Normandy in World War II, as a second lieutenant in the U.S. Army. He was a combat engineer in the first assault-wave on the beaches of Normandy, arriving to clear the beaches and lead a mission to disarm mines...