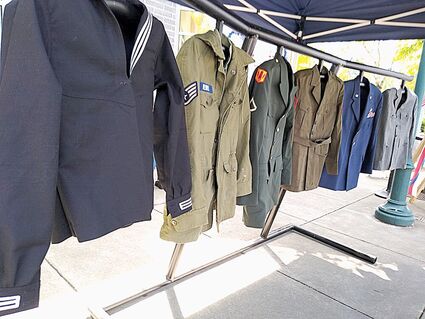 Empty uniforms were protected from the sunlight, side-by-side, under two blue canopy-tents during Mill Creek Town Center’s Reverse Parade on May 31.

The event was a display staffed by Mill Creek Police Department’s citizen volunteers and on-duty officers, with support from councilmembers and the community. It was situated on Main Street between 155th Street SE and 153rd Street SE, at the corner of the former University Bookstore.

The display was one of multiple bids of respect and gratitude for the City’s veterans, both the fallen and those still mingling the city streets.