It's a disorder, but really what is 'IT'? | Darn Wright 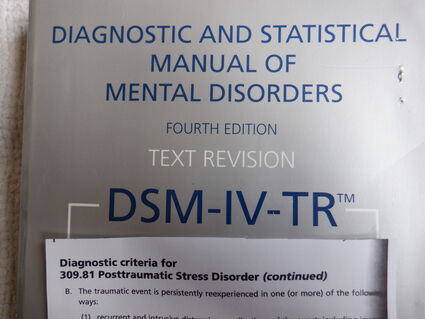 People enduring PTSD may have problems concentrating or sleeping, becoming easily angered or irritated and engage in reckless or self-destructive behavior. They sometimes avoid people, places and situations that remind them of the trauma. The mental-health ailment, untreated, can impact quality of life.

Due to their symptoms and a long history of belittling labels, a WWII general slapped these infirmed soldiers. Those GI's, who were assaulted by their superior, belong to a long line of mentally ill individuals who were christened by a list of disparaging descriptive words, such as, operational exhaustion, mental illness, soldier's heart, shell-shock, battle fatigue, combat disorder, combat neurosis, delayed-stress syndrome, gutless and yellow belly coward.

In 2014, the Senate designated June as National PTSD Awareness Month and during this period we all are encouraged to broaden our publ...