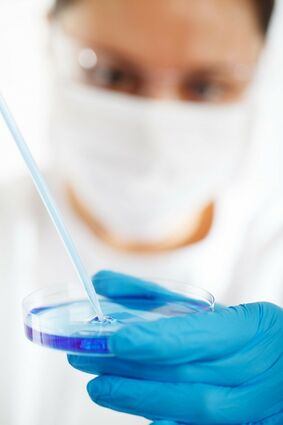 Seattle food safety attorney Bill Marler has filed two lawsuits involving an E. coli outbreak that sent a child to the hospital in Snohomish County and has been linked to a PCC Community Market brand yogurt.

Marler won a $15.6 million settlement for a client after an E. coli outbreak in 1993 was traced to Jack in the Box restaurants in four states, including Washington. Among the four children who died was 2-year-old Celina Shribbs of Mountlake Terrace.

There is a PCC in Bothell at 22621 Bothell Everett Hwy, Bothell, and a second in Edmonds at 100th Avenue West and Edmonds Way.

"PCC Community Markets works diligently to ensure the safety of the products on our shelves and to protect the wellbeing of our shoppers," PCC senior communications manager Kristen M. Woody said in a statement.

"PCC has also stopped using this product in our prepared foods. Shoppers who purchased any of these items can come to the co-op for a full refund."

The DOH reports that the multi-county E. coli outbreak has sickened 11, hospitalized seven, and triggered a serious condition called hemolytic uremic syndrome in three. A public health investigation – which says more cases are likely – is ongoing, and officials stress customers should throw out any Pure Éire Dairy brand yogurt or return it to the store for a refund.

The outbreak includes six children under the age of 10, the DOH stated in a May 15 news release. Counties impacted are Snohomish (1), King (8), Benton (1), and Walla Walla (1), with a matching strain of E. coli, as determined by genetic testing.

The strain is Shiga toxin-producing E. coli (STEC) O157:H7. The DOH says some counties will have a higher count than the state, as investigations play out.

The symptoms of STEC infections vary for each person, but often include severe stomach cramps, diarrhea (often bloody), and vomiting.

Symptoms can arise three to four days after exposure and can provoke illness that lasts as little as one day or as many as 10. Most people recover from mild illness within a week.

"If you or your child develop cramps, diarrhea, or vomiting with or without a fever or decreased urine, contact your healthcare provider to see if testing for STEC is recommended," said Chris Spitters, health officer for the Snohomish Health District.

Those more likely to become seriously ill from an E. coli exposure include the very young, older people, pregnant women, and people who are immunocompromised, health officials say.

Jana Hill contributed to this report.