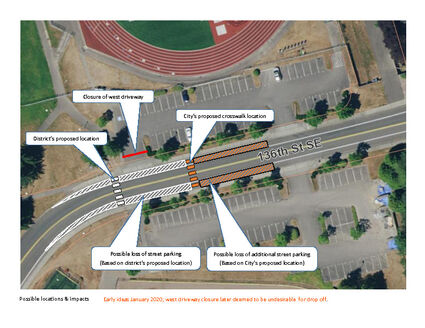 Jackson High School is likely to get a crosswalk but plans are in process.

The City of Mill Creek has spent $20,000 on design of a crosswalk planned near Jackson High School. The end goal is to create a crosswalk near the school with a $100,000 grant, committed to the City from Snohomish County.

A possible location was determined from a discussion between Everett Schools and the City in January 2020, said Director of Public Works, Mike Todd. The parking lot closure is no longer part of the plan, he said.

The crosswalk is still in planning stages and is intended on 136th Street S.E.