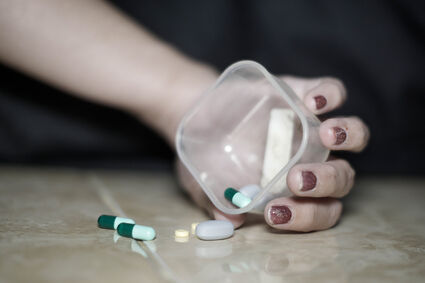 The Washington state legislature has passed a law that will remedy a law enforcement hole left by The Blake Decision, and its next stop is at Gov. Jay Inslee's desk.

The Blake Decision refers to a Washington state Supreme Court decision, State v. Blake, a Supreme Court, which moved the burden of proof for possession charges into the hands of the accuser, and set off a legal scrambling by various entities. Resentencing is in-process now and will lead to the release and reimbursement of fees for incarcerated people in Washington state, who were sentenced based on Possession of a Controlled Substance prior to the ruling.

The court ruled that deeming "unwitting" possession of illegal drugs could put a mail carrier at risk of felony conviction, for delivering a package. Other examples of unwitting possession were offered by the court as well.

Marysville passed a law before Mill Creek did and legal professionals warned of a "patchwork" of laws if the state did not act, and create a fix. After the state Supreme Court decision in late February, law enforcement in Snohomish County was advised by the prosecutor's office that suspects could be charged for possession of paraphernalia and drug-dealing, but not possession. The previous law addressing possession was found unconstitutional by the state Supreme Court, addressing both state and federal constitutions.

In response to the Supreme Court ruling, Mayor and council member Brian Holtzclaw, commented in an interview with The Beacon.

"They goofed up," he said of the state legislatures who crafted the element of drug-law undone by The Blake Decision. Holtzclaw said if laws are written that violate the constitution, they will eventually cause problems.

Council member Vince Cavaleri has called the Blake ruling "activism from the bench," emphasizing the public safety element of allowing opioids and other dangerous drugs, and referring to law enforcement as "the tip of the spear" for pushing people to recovery.

The council voted in a mixed vote with a "no" from Mayor Pro Tem and council member Stephanie Vignal and abstentions from council members Benjamin Briles and John Steckler. All who passed on passing a law in Mill Creek were advising patience, as the state crafted its answer to Blake.

The Mill Creek ordinance restored simple possession to a crime within City limits, addressing street drugs and prescription drugs possessed without the legal paperwork to have them. The state law, if signed by Inslee, will nullify the ordinance.

On April 23, Rep. April Berg (D-Mill Creek) contacted The Beacon with an update on the state legislature's response to the need for an enforcement-option that is standard, statewide. The legislature was tasked with creating a law to address The Blake Decision, to avoid what Rep. John Lovick (D-Mill Creek), Berg, and others warned would be a "patchwork" of laws if the state did not act.

The Senate voted on the House response to Blake, with a vote of 26-23, Berg said.

Senate Republicans spoke in opposition to the law, according to an article in The Telegraph. It reclassifies possession of controlled substances such as cocaine, heroin and methamphetamine as a misdemeanor, the Telegraph reported. It gives the first and second-time offenders a push to treatment, without deferring to a prosecutor, The Telegraph states. It also knocks the punishment for simple possession down to a misdemeanor, rather than a gross misdemeanor. The state law allows for up to 90 days in jail. The previous law made possession a felony and could have been repaired with the wording "knowingly," Holtzclaw noted.

That consequence is a downgrade from the gross misdemeanor in Mill Creek's ordinance, and will replace the local law.

The misdemeanor expires in two years, the Telegraph reports, which one leader said would incentivize the legislature to take action toward a long-term strategy for drug issues.

Statistics for drug use disorder and addiction were unavailable due to privacy laws around medical issues. But a report from the Snohomish County showed transports for opioid overdose do occur, from Mill Creek, showing the city shares the burden of drug problems in the county.

In a 2018 report by Snohomish County measuring opioid use disorder only, patient transports for opioid-related overdoses showed 5% of 535 in the month of July were transported to Swedish in Mill Creek, and 15% to Swedish in Edmonds, 45% went to Providence Regional and 4% were dead on arrival. Those statistics were provided by Snohomish Health District and FirstWatch. The report is here: https://bit.ly/3tLBJjX.

Addiction and recovery are a focus for Berg and others. In her speech to House Democrats, Berg stated her support for the new law.

The Telegraph reported that crafting such complex law on the fly gave lawmakers pause, but "failing to act" would have allowed for drug possession under state law, "even for children."

The Telegraph article is here: https://bit.ly/3tSlHVB.

Check back for updates and local comment. The Mill Creek City Council meets Tuesday April 27, and is likely to address the issue in its 6 p.m. meeting. For more information on meetings, go to http://www.cityofmillcreek.com.