City: What to do about cannabis? 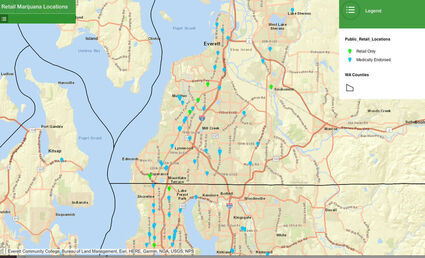 Mill Creek prohibits marijuana businesses but neighboring Bothell and Everett do not. The city pondered what to do with cannabis as it regulated simple possession of other drugs, after a state Supreme Court change.

Editor's Note: this the second in a two-part series on drug-law regulation in the City of Mill Creek. Part one is here: https://bit.ly/3v7gA3W. The Beacon invites letters to the editor: [email protected]

When the City of Mill Creek considered two versions of an ordinance passed to re-criminalize simple possession of drugs in the City, the version it rejected included some pondering.

Leaders puzzled about what to do overall, and what to do about marijuana.

And while arrest for marijuana is unlikely for the over-21 set, carrying it around in a bag from a retail store, the Pew R...