Price tag for onsite public-access is $1,500 per meeting 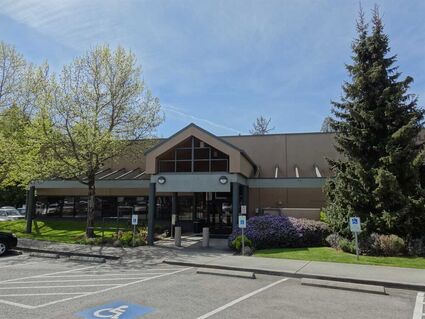 Courtesy of City of Mill Creek

City Manager Michael Ciaravino presented a phased re-opening plan of City Hall during the Mill Creek City Council meeting in mid-April, while requesting an extension to June 30. The in-person meetings were part of that plan. He told the Council offering onsite meetings will come with a security cost, that is estimated at $1,500 per meeting.

Closure of municipal buildings is a common practice for municipalities statewide and beyond. Schools and courts temporarily shuttered as the pandemic was first announced in spring of 2020, as did government buildings and some businesses. As the vaccination effort continues, many sites are beginning to re-open. Onsite Council meetings will be the first of a phased-in re-opening for City Hall.

"There are many requirements that will have to be met in order to bring all staff back and re-open City Hall to the public," Ciaravino said on a post to the City's website. "The City has a duty to provide a safe workplace for its employees and to take reasonable efforts to protect the public when they access City services on our premises. The City is finalizing a safety plan, which is designed to accomplish both goals of protecting our employees and our community."

As the City prepared to re-open its meetings and move toward more public-access, council members weighed in on their thoughts. Council member Mark Bond said he was not worried on a personal level, but empathized with staff members who were concerned about returning to work, unvaccinated.

"I'm respectful of the people that have fears, and I want to make sure that their feelings are addressed, and if they need the shot, to feel safer about work I support I understand," Bond said.

Those who want to attend the City Council meeting onsite, in real-time, will need to make reservations to do so by emailing [email protected] The meetings continue to be offered remotely through a Zoom invite posted on the City's website, and will be streamed on YouTube.

Space is available on a first-come-first-serve basis.

Those who do not have access to email can reserve via phone by calling 425-921-5725 to reserving a space with the City Clerk. An automated message saying "no more seats are available" will be released once reserved spots fill.

The City of Mill Creek's Washington YouTube Channel is at https://www.youtube.com/channel/UC5cbO2c2cyUvIj0JMkOTi3Q, and meetings remain available on Zoom with a link posted on the City's website.

Additional access to City buildings will occur in a phased-in approach, according to a news release posted on the City's website. The City has plans to expand its passport office, at some point after the re-opening. The passport service-expansion was discussed as a potential revenue boost, to help make up for losses from COVID-19.

Snohomish County is currently in Phase 3, but will be reviewed on May 3. That status could factor into re-opening plans.