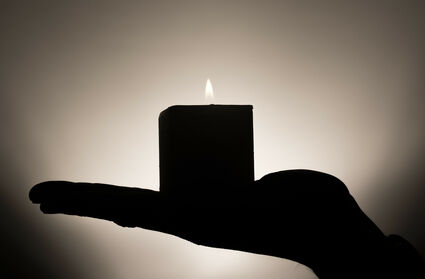 As we began to shut down a year ago, some of us were talking about our upcoming dystopian hellscape. It was all in good fun, as these things are, and we were mostly chatting about movies.

A couple of friends were adamant that we were mimicking the poor souls of the 1959 film "On The Beach," survivors of a nuclear war left awaiting an inevitable future. That seemed a little dark, although the first one I thought of was "Soylent Green," the 1973 sci-fi thriller about a world starved and scarred by unchecked population growth.

There was something about no toilet paper that set me off, I think.

It was more of a mood thing, in other words, not the actual facts of life at the moment. We were all doing OK and not particularly worried. There was just something about the immediate shortages and empty streets getting the apocalypse vibes working overtime that led to cinematic thinking.

Several people mentioned the Tom Hanks film "Castaway." That didn't really resonate with me, but it makes a sort of sense from an isolation standpoint. And I guess many of us will have an adjustment to make once we start venturing out into civilization again.

And it reminded me of a favorite joke. A man is stranded on a desert island for years. When a ship finally arrives and a crew rows ashore, he proudly shows off his handiwork.

"This is my house, and that's where I exercise," he said, spreading his arms to demonstrate several buildings scattered about. "This is where I study," he continued, and upon reaching a small, carefully constructed hut, he said, "And this is where I go to church."

His rescuers took this all in respectfully, and then one of them spotted another building in the distance and asked about it.

I love this joke purely for what it says about human behavior, how it pokes fun at our tendency to develop personal passions that can seem a little ridiculous from offshore. I'm thinking maybe of people who write in their spouse's name because they don't like any of the presidential candidates – that kind of human behavior.

But if you really want to hear some laughter, tell that joke at a church. Those people know.

Those people are my people. I don't really understand how that happened.

The nice folks at Gallup have been tracking church attendance for over 80 years, and recently they dropped some interesting news just in time for Easter. For the first time since 1937, fewer than half of Americans say they belong to a church, synagogue, or mosque. Most of us still own up to a belief in some sort of higher power, but we've been getting far less religious for a while now.

It's not news to me, or to a lot of people with a compelling interest. Americans have been an outlier, in fact, for years now, as most of Europe and a big chunk of Asia become increasingly secular. Young people in particular have lost interest in organized religion and don't seem likely to regain it anytime soon.

In many ways, the American church has been dying for a while now, and it seemed possible the pandemic would just finish the job.

That may be the case. It's still an awfully fluid picture out there, even as we see hope. In many ways, this would be an economic crisis more than a spiritual one, as dwindling attendance gives small churches little in the way of financial reserves.

And it was necessary. If I wanted to catch this coronavirus, I'd go to church or a crowded bar on a Friday night. They're massive vectors for disease transmission, as they were a century ago during the flu pandemic.

There was a little noise last summer as certain churches began to push back, staring at an existential crisis with no resurrection guaranteed, but in general they just closed down.

This weekly routine that now a minority of us engage in became as distant a memory as kids waiting for a school bus.

It feels a little odd to be in the minority on this, actually, but I was one of those people. I was in church most Sunday mornings, and I really enjoyed it. My wife is an associate pastor at a Presbyterian church, so a lot of this is spousal support, but I wouldn't go if I didn't want to.

We held one sparsely attended service on March 8, 2020, and that was that. There was never really a question, even with what little we knew back then. What was a routine, valued part of my life went away all at once.

And we survived. We actually thrived, but this is personal and specific; I have no information to share on the current state of worship except for my own experience. Somehow we managed to stay together while apart, tethered by faith and technology, not always an easy blend.

This doesn't compare to kids not going to school for over a year. There turned out to be far worse things than a year away, and some of those worse things were avoided by staying home.

It's been a bright spot for me, our capacity to change and adapt, to recognize new realities and accept them graciously.

That's the church I used to go to. It's going to be fine.