Lessons for when the world is safe again | Chuck's World 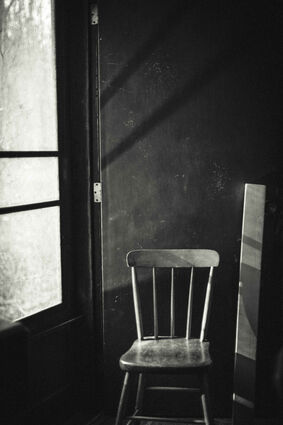 I have a friend who shares a particular passion of mine, although now it turns out he's just horribly wrong about it.

It's funny. I even smiled a little the other day as he offered his opinion. I like this guy, and I'm usually pretty polite anyway, so I didn't mention that he was wrong. Which he was. Totally, completely wrong.

Here we are, two men with a history, a few things in common, and we disagree over a tiny thing. In the real world, which means not on Twitter, we may have strong opinions, but in most cases we're not going to argue, just raise an eyebrow and move on.

I'm not allowing myself a moment of smugness, just because I wasn't a jerk and didn't point out how absolutely, terrifyingly wrong this guy was. I'm pretty smug about how wrong he is, but I don't show it.

This is partly because I might actually be the one who's wrong. It's the nature of opinion; my subjective take has no basis in fact, just taste.

Although his, as I said, is wrong.

But it's mostly because I don't bring along his life experience, his preferences in various things, his personal philosophy, his age, his emotional state at any given time, and so on. We see the same thing; we may differ on what we think about it.

And I took that meandering, circuitous, dumb journey to get to that last sentence because I think there's something there. There's something to learn in those little moments of grace that we tend to give people we know and care about, and we could do worse things than extend that to strangers.

I know because I learned it, during the pandemic. I hope you learned something.

I noticed that a TV show began its season last fall by stating that the show's episodes would take place with the assumption that the pandemic was over, somehow. There were times over this past year when I wanted to write those kinds of columns, pretending that life was normal, that we weren't all masked and paranoid, that our lives hadn't been drastically changed.

That there were other things to write about, as there always are.

This has been the most unusual year of my life, though, and I've had a few unusual years. I couldn't help documenting it.

My world retreated a year ago. The shutdowns and cancellations progressed over the course of the first week of March, and then everything just stopped. I have to laugh at old messages and posts from a year ago; we had no idea what was coming.

The furthest out I managed to imagine was a month of normal activities being suspended. I don't know how I would have survived, knowing it would be over a year.

Now, of course, I think I could do a year standing on my head. Now that we can see the end, I'm reassessing and realizing that, all in all, I'd rather have avoided the experience, but I can't really complain. That's just one way my experience could have varied from yours.

I could see other lives. I've seen young people deprived of things that would leave gaping holes in our hearts – those who finished their senior year of high school at home and had drive-by graduations, young adults left unemployed as industries crumbled, parents having to teach their children while trying to work and eat and live.

I've been horrified about what's happened to the performing arts in this country, tens of thousands of artists of all kinds, actors and musicians and dancers and comics, people whose jobs didn't just end but ceased to exist, at least for the foreseeable future and in the way they used to.

And all that pales, obviously, to over half a million of us dead. It's an impossible number, unapproachable even with analogies about wars and football stadiums full of people, until we hear the grimmest number – one out of three of us know someone who has died from COVID-19.

We have this in common, then. We have lost a part of us, and it happened at the worst possible time, in an ugly political year when we couldn't stop fighting long enough to recognize that we also had to grieve. It's something we'll be reckoning with for a while, I think.

I learned a few geography facts this year. I learned a bunch about video and audio production. I scored a regular Zoom call with my 7-year-old grandson, so I learned a lot about Transformers.

And I very quickly learned that the people I lived with were having the same pandemic as I was, and to give them some space to cope. We learned to recognize moments in each other, little looks after an outburst that says, yeah, sorry, bad day.

Eventually it just seeped in, I guess. I found myself getting less irritated as I roamed around the world from indoors, from Zoom call to Facebook to email chain to another Zoom call, understanding if not always forgiving. It felt good, and useful.

So I think that as we all get vaccinated and safely begin to wander outside, it will help to remember that everyone could use a break. Even if they're really wrong about something.

I'm just saying. He was wrong.