Flags at half-staff through March 22 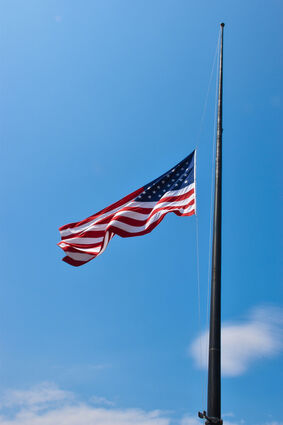 Flags should set at half-staff and remain there until close of business or sunset on March 22, per a proclamation from the President of the United States and the direction of Governor Jay Inslee.

The lowering of flags is throughout Washington state and the United States at all state agency facilities in remembrance of the eight people shot dead in the Atlanta Metropolitan area. Six of the dead were women of Asian descent.

The shooting occurred March 16. Robert Aaron Long, 21, was charged with eight counts of murder and one count of aggravated assault, according to The New York Times.

Other government entities, citizens and businesses are encouraged to join this remembrance.