First case of B.1.351 right over the county border 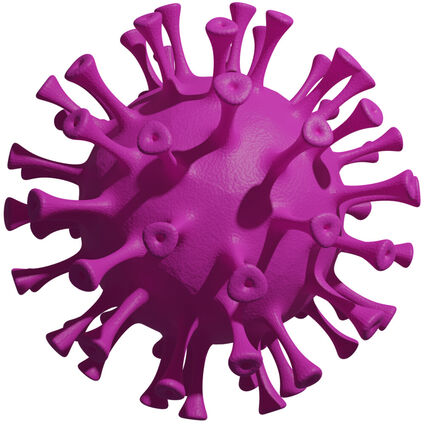 Health officials warned Feb. 23 that another variant of COVID-19 was discovered just south of Snohomish County.

B.1.351 variant of SARS-CoV-2 was detected in King County one day prior to the announcement, at the University of Washington Medicine Virology Lab, according to a news release by the Department of Health.

The B.1.351 variant was first located in South Africa. No cases are identified in Snohomish County as of Feb. 23, said Heather Thomas, Public & Government Affairs Manager. "That case was in King County," Thomas said the day the variant was announced.

The first COVID-19 variant to arrive in Snohomish County was in September. B.1.1.7, a mutation determined more contagious than its original. That mutation made its way to Snohomish County within four months of its discovery in London.

Any increased danger from the two variants is still being studied.

"The jury's still out on whether this strain is associated with greater severity of infection," Spitters said Jan. 26. "But the higher rate of transmission associated with this strain could lead to more cases, increasing the number of people who need hospitalization and further burdening an already strained health care system."

The first variant is on the rise, the DOH states. When B.1.1.7 first began to spread, Dr. Chris Spitters said the new strain was not cause for alarm, but was a reminder to stay vigilant until the vaccination effort completes.

He said in a Jan. 26 Joint Information Commission briefing that the B.1.1.7 variant spreads about 15% of the time where the original COVID-19 spreads 11% of the time.

The CDC states that the vaccines currently being administered are still likely to help with the variants of COVID-19 but fell short of reassurance as data is still being collected.

"This is being closely investigated and more studies are underway," the CDC states.

Variants occur with viral illnesses, according to the Centers for Disease Control and Prevention. Some persist and some disappear, the CDC states. The ability to mutate is an evolutionary tactic for survival, and COVID-19 is new.

The fact that the variant can be identified reveals the level of science available to fight the pandemic, and that caution is still required.

"The finding underscores the importance of genomic surveillance by sequencing, which allows us to identify variants currently circulating in the population," said Dr. Pavitra Roychoudhury, acting instructor, Laboratory Medicine and Pathology, University of Washington School of Medicine.

"The detection of these COVID-19 variants in our state reminds us that this pandemic is not over. Despite the decrease in our case count, we are very concerned about the emergence of these variants and how it will affect future case counts. As a community, we need to re-double our efforts to prevent the spread of this virus and its variants by following public health guidance," said Acting State Health Officer Scott Lindquist, MD, MPH.

The Beacon will inquire on the status of the variant in an upcoming Joint Information Commission briefing. For now, the prevention tactics in Snohomish County seem to be working.

"So we're continuing to see the case rates decreasing," Spitters said in the Feb. 23 JIC briefing. "The number of new hospitalizations each week markedly reduced off the peak. There were just five residents who died from COVID (the weekend of Feb. 13). Going back one month we were averaging about 20 deaths per week and going back two months, 30 deaths per week. So, again, a much improved situation there. For the weekend (of Feb. 13), there was just one newly reported case in a long-term care facility. I find that truly remarkable. Compare that to late December and early January, where we were seeing 80 to 90 new cases each week. And at that time, virtually every skilled nursing facility in Snohomish County had one or more cases in the building within the prior several weeks."

The surprise at low case-counts for indoor settings is based on the likelihood of spread there. Indoor gathering in groups is a known risk for spread of COVID-19, and people are advised to mask up if they gather. People are also asked to stay within a "bubble," if possible, interacting with the same people daily, to minimize the chance of exponential spread, which is when one person gets infected, then all the people that person comes into contact with can get infected, and each of those can infect all contacts.

Anytime a holiday or day where people may gather comes and goes, health officials are on watch for 14 days after to find out if infection rates resulted, as 14 days is generally the incubation time for viruses.

At the most recent briefing, Spitters said numbers are getting better, and the window of time between that statement and the Super Bowl had passed.

"I'm thankful to the community for that, and I think that you know, collectively, we made a good choice as to how to enjoy that game, and hopefully we'll continue to do that with like temptations as time passes," he said.

For more information on COVID-19 variants, go to https://bit.ly/3spMqaQ.