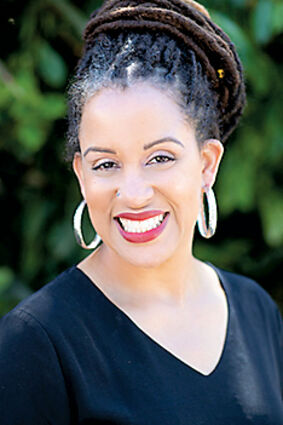 "There was a reason I was on food stamps," Morgan told the House of Representatives Feb. 12. "This may not seem like a lot to many people, but for me ... $20 was a lot of money."

House Bill 1342, which would force schools that have lunch programs to get rid of lunch copays for students eligible for reduced-price lunches, passed with an overwhelming majority in the House in a 95-1 vote. The bill's sponsor Rep. April Berg, D-Mill Creek, told the House this would address the many students who went hungry especially as a result of the pandemic.

"Hungry kids can't learn, and there are far too many hungry kids in our state today," Berg said. "This is a morality thing. Everybody needs to eat."

She commented on the bipartisan support for the bill, which she said got a 99-1 vote on the House floor.

"It's not just me," she said of the support for easing the cost-burden for school lunches, for people who need help feeding their kids. During COVID-19, "our school districts have been feeding kids" and the assist is needed.

Another bill addressing school costs, HB 1119, passed the House in a 96-0 vote. The law would require four-year institutions to let students know if cheaper textbook materials are available. The bill's sponsor Rep. Cyndy Jacobsen, R-Puyallup, said open-educational resources should be made available for students who need or want to save money.

"This bill provides helpful transparency so students can see when courses have low-cost materials or have open-educational resources associated with them," said Rep. Vandana Slatter, D-Bellevue.

Lawmakers also passed a law to allow people who completed a state-approved apprenticeship program to become certified substance use disorder professionals. HB 1311 passed in an 85-11 vote. Sponsor Rep. Dan Bronoske, D-Lakewood, told the House this law would meet an increasing need for behavioral health workers and help retain them in the long-term.

"We certainly do need the workforce ... We need to take care of our own communities," said Rep. Joe Schmick, R-Colfax, in support of the bill.

Lawmakers also voted together in favor of House Bill 1199, which would require the Department of Natural Resources to reimburse people who leased land but had their contract with the DNR end early, with guidelines set to determine how much will be compensated depending on the situation and lease agreement. Rep. Chris Corry, R-Yakima, said this will protect farmers from being "put in peril" by early termination of their lease.

Not all bills saw such bipartisanship. House Bill 1072 lacked the support of many Republicans and passed with a 56-40 vote for a law that would remove only one of the restrictions for civil legal aid funding for immigrants.

"Many workers still experience labor violations along with immigration-based retaliation when they enforce their rights," said Rep. Debra Lekanoff, D-Swinomish, who said these workers have no avenue through which to pursue legal action when discrimination happens.

Those against the bill said the law would not address the real issue, which they saw as providing a path to legal citizenship. Rep. Ed Orcutt, R-Kalama, said he supported immigration but saw an issue in giving legal funds to people who came to the state without proper documents.

A bill that would provide additional tax credits for a Washington Main Street community or in the Main Street trust fund also passed in a 96-0 vote. Under SHB 1279, many small businesses would get much-needed money from an expanded Main Street fund, said its sponsor Rep. Alicia Rule, D-Blaine.

House Bill 1198 also garnered widespread support. Rep. Tom Dent, R-Moses Lake, said the bill would make it possible to add another commercial airport in a similar area as Seattle-Tacoma International Airport, which he said "could ease some of the traffic" nearby.

#Jana Hill contributed to this report. The Beacon is a member of the Washington State Journal, a nonprofit news website managed by the Washington Newspaper Publishers Association Foundation. Learn more at http://www.wastatejournal.org.