Hope was to prevent fatalities 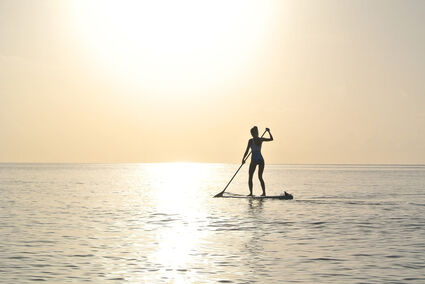 A bill that would have required kayakers and paddleboarders to take a boater education course to operate human-powered water vessels was effectively killed in the state Legislature after a petition circulating on social media garnered more than 17,000 signatures in opposition in one week.

Scott Holley, president of Eddyline Kayaks, said he started the petition last week because he felt lawmakers crafted House Bill 1018 without including stakeholders, such as himself, and other leading experts in the state.

"There's an existing state boater education process where you have to sit for an online class, a class on boater safety that's designed for powerboats," Holley said. "The way you safely paddle a kayak is way different than the way you drive a boat."

The bill apparently is dead, Holley said, based on communications with the Washington State Parks and Recreation Department officials, who told Holley they were also surprised at the introduction of House Bill 1018. As the Feb. 15 policy cutoff approaches, Holley believes it is unlikely the bill has any chance to move forward.

Holley said the response to the petition was surprising - the number of signatures doubled from 8,000 signatures to 17,000 between Feb. 3 and Feb. 5. It now has over 18,000 names. Holley said lawmakers could have predicted this response had they talked with their constituents.

"I would imagine that the quick, public opposition to this bill was such that they realized it would not have any public support whatsoever," he said.

Rep. John Lovick, D-Mill Creek, told the House Community & Economic Development Committee during the bill's hearing Jan. 20 that the mandate would address an upswing of accidental deaths and drownings, around half of which happened on paddleboards.

"Washington state is fifth in the nation in boating-related fatalities ... what I'm hoping for is that House Bill 1018 will increase safety by including human-powered vessels in requiring boater education standards," Lovick said.

Few voiced support for the bill during the hearing. The National Association of State Boating Law Administrators, a national nonprofit organization that works to develop public policy for recreational boating safety, testified in favor, as did Kalkomey, a for-profit company specializing in providing platforms for outdoor education.

Tom Hayward, chief financial and chief operating officer at NASBLA, said an education standards panel at NASBLA found 53 boating fatalities in Washington state, with 24 of them from paddleboards.

"People who have taken a boater education course are 70% less likely to have an accident, incident or fatality," Hayward said, citing statistics from the U.S. Coast Guard.

Holley said recent state data from the Parks and Recreation Department in fact shows a decrease in deaths in the last year.

"Certainly I would say the stats don't necessarily show that Washington is doing any worse," Holley said.

Holley said he still wanted to see lawmakers address water safety and would rather see an all-encompassing life jacket requirement.

"That in and of itself would be easier to enforce and would have a better potential outcome," Holley said.

The Beacon is a member of the Washington State Journal, a nonprofit news website managed by the Washington Newspaper Publishers Association Foundation. Learn more at http://www.wastatejournal.org.