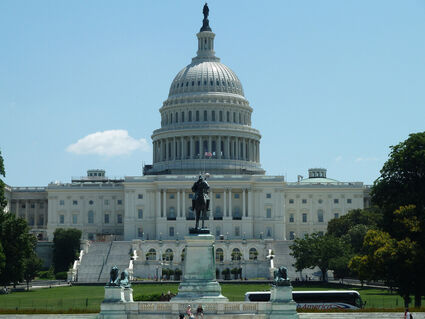 My grandson has been calling me spontaneously lately, something new. We talk once a day regularly, but he doesn't just call me out of the blue. Although a grandpa can wish.

But he called me on New Year's Eve, so we had a little impromptu discussion about the big night. The conversation was a little confusing, since it was well past his bedtime. He was trying to stay awake until midnight, although apparently most of his brain cells were already asleep. It was like conversing with a drunken person who was desperately trying to keep it together. He also told me a meandering joke that wasn't funny but may well have been in iambic pentameter.

And then he called me again, the next Wednesday. You know. The mob. The dead people.

It might have been the next day, now that I think about it. The whole week is sort of a blur now, the constant background buzz of progressively more shocked commentators as they watched video of their fellow Americans trashing the Capitol. His parents probably had CNN on all day long, and he's a curious boy.

So my phone rang, and there he was with a question. He has a trait I admire and envy, something I've noticed in a few other children over the years – if he doesn't understand a certain word, he lets you know.

"I don't know what that means," he says. Tell me about it, kid. I spend most of my days confused.

Apparently he'd been following the news, fighting off bedtime because he was curious. There was a lot of talk about what was going to happen, and he had a question.

"What's Congress?" he asked, and here's where I take a little imaginary license. I picture his parents, watching the chaos and constant speculation coming from the television. They're preoccupied and probably a little stressed, unable to focus enough to shoo this little guy off to dreamland, and then this question pops out and they have a solution.

"Do you know what you should do?" I imagine my daughter saying. "You should ask your grandpa."

This is because Grandpa is a big civics nerd, who will gladly talk your ear off about separation of powers. I don't care if you're 7 or 70, I'll be happy to walk you through the Constitution and the Federalist Papers and the Annapolis Convention of 1786. If you want your kids to go to sleep, have them ask me about government.

So he called, and I began to explain about our political system. He let me know that he didn't understand the concept of representation, so we chewed over that for a while, and then I tried to simply explain about our bicameral legislature and the different responsibilities of each chamber.

I'm not sure how much it helped, except I'm pretty sure he went to sleep quickly. I have that effect on people.

I loved this, obviously. Who wouldn't?

If I thought he had a compelling interest, following in the old man's footsteps, I'd be shipping off age-appropriate civics and history books, but again – he's just a curious kid, like a lot of kids. And there's a lot going on.

I could tell him there was a lot going on when I was a kid, too. I could tell him about civil rights protests and a war in Southeast Asia. I could go into great detail about how I spent the summer I turned 15 watching Watergate hearings on TV, and the next summer I was glued to the screen as Richard Nixon self-destructed and left office in disgrace.

But he's spent his seventh year of life locked up, isolated and with no other children to play with, going to school online, even more careful because of an immunocompromised system.

And he's seen the carnage and chaos of the past year, the protests after the killing of George Floyd, the anger, the injustice. When his class was discussing government and leaders, as much as first-graders do, my grandson mentioned to the others that sometimes police officers murder Black people for no reason.

So this is the world of a 7-year-old. A defeated president urges a crowd to march to the Capitol, with their anti-Semitic slogans and their Confederate flags, spreading excrement, beating a cop to death, threatening to murder the vice-president and other government officials. He's 7, he's very bright, and he pays attention.

I have hope. I just don't know how to share it with him, and I'm thinking Pokémon isn't really all that helpful at the moment.