Year in Review edition coming up 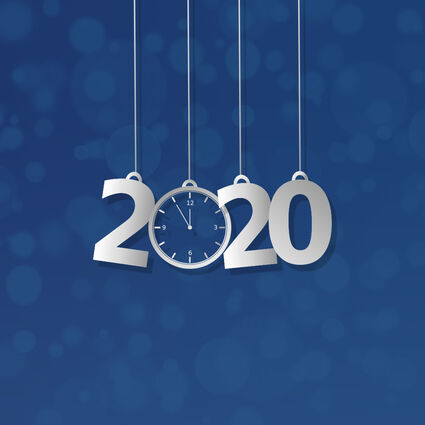 It has been an amazing year, this year of 2020, and it will soon come to a close.

Here are some highlights to the upcoming Year in Review, to publish on Dec. 28 in print and online, in the Mill Creek Beacon:

In January of 2020, Pam Pruitt was slated to serve a fifth term as mayor. She was named mayor by the city council at its meeting Jan. 7 for a term that would end two years later. Mike Todd was also nominated, by councilmember John Steckler.

In February of 2020, two people with ties to Mill Creek City Council jockeyed for the Democratic Party's nomination to Snohomish City Council after Terry Ryan announced his resignation Feb. 6.

Population growth and housing were discussed population at the Feb. 4 council meeting. "We're going to grow a lot," officials said at the time.

In March of 2020, Mill Creek's then-police-chief was put on administrative leave. Before Mill Creek, he had spent 21 years working for Thurston County Sheriff 's Office, where he was a patrol captain. In March, the City stalled on releasing information requested by the Beacon.

A Jackson High School student tested positive for the novel coronavirus, known as SARS-CoV-2, resulting in the school closing for three days for a deep cleaning.

Schools closed with plans to re-open, but remote learning became the norm for the remainder of the year.

Mill Creek Police Department records show that crime went down slightly. "We are seeing essentially the same crime problems that we always do," police leadership said, at the time.

As the spring unfolded, a business owner was accused of price gouging when selling masks to protect people during the pandemic.

Then a young girl drew rainbows for her community and they were delivered to homes in Mill Creek.

A local family battled coronavirus, and a local doctor talked about what it was like to treat people, and make grim plans for his family, in case he became ill.

People banded together to stock food banks, and make masks in Mill Creek.

The City projected to lose money from its budget, due to the pandemic.

Look for your local news on Dec. 28 in print and online. Then subscribe: https://www.millcreekbeacon.com/subscribe.