School lead tells the story of a snowman 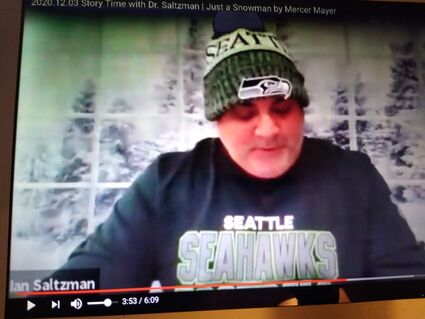 Ian Saltzman, Everett Public Schools' superintendent, reads "The Biggest Snowman Ever" in a live streamed then posted event, to connect with students during the pandemic.

When Ian Saltzman set a goal for an event on YouTube, it was directed.

"We just thought it would be a nice time of year to do it and to bring joy," Saltzman said. "And I said, you know, why can't we just read everybody during this time of year, a nice holiday story."

The story he read was "The Biggest Snowman Ever" by Steven Kroll, livestreamed to 500 families using Zoom. The event was later put up on YouTube.

The choice to read to students came from a chat with principals in the Everett School District, who were talking about reading to their students. Saltzman said that in this era of...