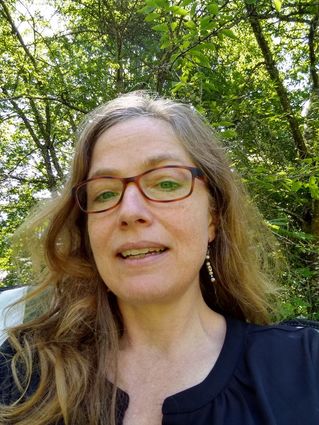 Wet hair, pregnant sister, aunt with cancer. Call my people, and get to work.

That fragmented thinking was my head, on Sept.11,2001. I was editor for the Mill Creek Enterprise, and the day the Twin Towers came down on 9-11, I recall getting ready for work, not yet aware of what was to come.

Hair still wet from a shower, my soon-to-be husband had the radio-clock on. He told me a plane had hit the Twin Towers, and that authorities suspected terrorism. I left right away, with wet hair, racing to work while calling a pregnant sister and a cancer-ridden aunt, telling them to be careful where they went and what they did.

Both in vulnerable conditions, I wanted them safe.

My job that day was to figure out if Mill Creek was in danger. But what sticks from that day and the ones that would follow was less about the terror than the salve. I remember the speech, days later, by President G.W. Bush.

I reminisce now about the comfort I felt, hearing him address a crowd, arm around a first responder's shoulder.

"I can hear you. The rest of the world hears you. And the people who knocked these buildings down will hear all of us soon," he said.

Comfort was immediate. Political analysis halted – not like me. Not at all. I judge every politician, but not in that moment. It was like a hug from the TV. G.W. was my guy that day. That protective nature, his ease as he spoke before a crowd after the attack.

Whatever we all think of the Iraq War, the speech itself was a moment of unity. I do have a cousin who fought there, so political analysis aside, I also recall my people would fight.

I remember making calls and slipping into the breakroom occasionally, to watch the video of the Twin Towers falling, over and over again. Then hearing from a friend on the East Coast as she covered the Pentagon.

It all chills me to this day, but what we remember is only worthwhile if we learn to move ahead, and become more because of the pain.

9-11 had travel restrictions. It had rumors and fear. It had a ripple of paranoia that would change governance and interactions. Much like now, it threw us into a state of Maslow's Hierarchy of Needs, where we look to the bottom rung of what we must have to survive, and fear its loss.

The notion of leadership comes in then as it does now – leaders find a way to bring out the best in people, to set aside what is expected and instead see what is possible. To lead is to stay strong, to avoid getting hobbled by base instincts of fear and rage.

In our current era, we are coming out of the fog from a couple of decades of rage-based politics, because the marketing has worked, so the crazy-making goes on. The gaslighting, trickery and lies tap-dance before our jaded eyes, and we may not even notice anymore. So partisanized is our era that if someone reads a column mentioning G.W. and a war, the knee-jerk reaction is to assume what party they vote for, and then decide if we like, trust and admire based only on that. Party affiliation.

This is what we have become: a nation of assumptions, a nation accepting of partisan bigotry. One that risks a blow-up, in nearly any conversation, because the stories told and shared in partisanized circles are coded to create assumptions, trigger rage, and stop the conversation.

Two-way communication heals. It is what solves problems, paving the way for a better tomorrow. It is what gives the brush strokes of reason to problems that look insurmountable. It is what heals hearts and creates a whir of fascination and creativity in minds.

Take this time to think something out that you never thought out before. Take a new mindset. Take a breath. Then make a difference with peaceful acts and peaceful conversations. Step out and walk away when you can't pull it off. Good action leads to more of the same.

We have nothing less than our communities to save, and as those ripples travel out, we can heal the nation.