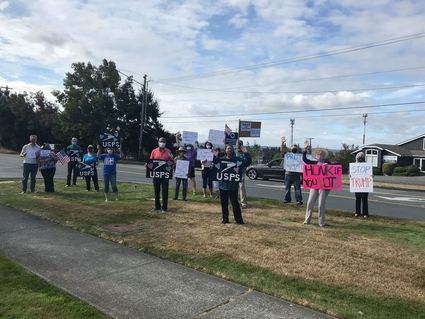 Longtime Mill Creek resident John Lovick demonstrates with local protestors as part of nation-wide "Save the Post Office Saturday," as he prepares to take on a challenger in November, for his 44th District state seat.

Between 20 and 30 people joined at the Snohomish Post Office on "Save the Post Office Saturday" as part of a nationwide trend of public protests since the pandemic was announced in March.

Lovick said the event was less of a protest than a show of support for the postal service. He noticed a lot of honking and waving as people dr...