Slade Gorton achieves a legacy, dies knowing that he did

Gorton dies at 92 due to complications from Parkinson's disease 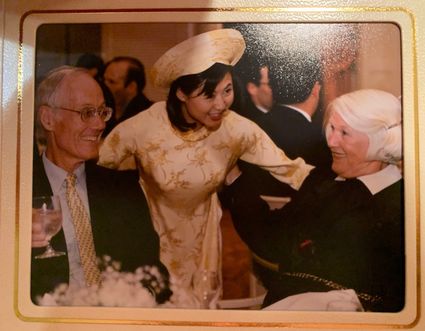 Nina Collier greets Slade and Sally Gorton at the St. James Cathedral in Seattle, at her 1999 wedding reception. Collier is one of many professionals influenced by Gorton's leadership style and commitment to public service.

Slade Gorton, a former Republican senator who gave four decades of his life to public service, has died due to complications from Parkinson's disease. He was 92.

Gorton died at his daughter's Eastside Seattle home while in hospice care, the Seattle Times reported. About a week before his death, Gorton was able to hear that the legacy he hoped to create was precisely the one he would leave behind.

J. Vander Stoep, Gorton's chief of staff while he was in the Senate, told the Beacon that a Zoom call gave Gorton's admirers, friends, and colleagues a chance to say their last words to him while...