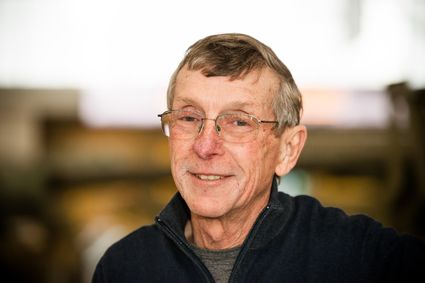 Walter Leon Lenox of Mill Creek, Washington, died on July 6, 2020, after a short fight with cancer. He was born in Sayre, Pennsylvania, on February 6, 1950, to C. Beth (Cool) Lenox and Ryan M. Lenox. In his youth, he lived in Susquehanna, Montrose, Towanda, and Mt. Lake, a 54-acre family farm.

He graduated Towanda Area High School and attended Pennsylvania Military College (PMC). Upon graduation from PMC, Walt was commissioned as a second lieutenant in the U.S. Army.

Walt met his first wife, Linda (Wilson) Lenox, in Hawaii. They moved to the Chicago area in 1976 where they raised their three children, Stephanie Lenox, Christina (Lenox) Garber, and David Lenox. They moved to Washington in 1991.

Walt worked for Safeco Insurance and Allstate Insurance for a total of 38 years. He had many friends within this community. Walt met his second wife, Teresa Marie (Soulier) Lenox, at Allstate, and they were married on September 15, 2007.

Walt loved fly fishing and some of his favorite memories are of being out-fished by eagles, otters, and osprey. He felt closest to God during these times.

Walt is survived by his wife and her family, his brother Ryan Lenox and his family, his three children and their spouses, and his seven grandchildren. He loved and was loved by his extended family of cousins, aunts, and uncles.

This was not Walt's first battle with cancer. Against steep odds, he beat cancer in 1993. He lived and loved knowing that each year was a gift. Gatherings of family and friends constituted his finest and most cherished moments.

There will be no funeral services. Donations can be made in his honor to the Wounded Warrior Project, http://www.woundedwarriorproject.org.