Remember to vote in the primary, Tuesday, August 4

Several Mill Creekers are on the ballot 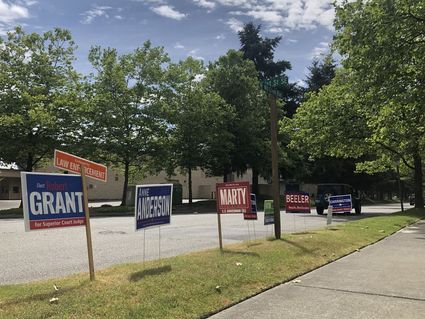 Remember to vote Aug. 4 by 8 p.m. Voters will decide which top two candidates move on to the general election in November.

As if 2020 wasn't jam-packed enough, another election day is coming up. Voters will decide Aug. 4 which candidates will advance to the general election in November.

Besides all statewide executive offices, and the crowded race for governor (there are more than 30 candidates vying for that position), there are several local races with Mill Creek residents on the ballot.

Jared Mead is running to retain his seat on Snohomish County Council, and is a former Mill Creek City Council member. He was appointed in April after the seat opened up when former County Councilmember Terry Ryan became the...